List of Presidents of Russia 2022 | Complete List Of Russia Presidents – This is a list of presidents of the Russian Federation since 1992. The institution of the presidency in Russia was planned after the February Revolution in 1918 and introduced after the referendum in 1991. During the Soviet period of history Russia was collectively leading. Bodies such as the All-Russian Central Executive Committee and the Presidium of the Supreme Soviet, because the Soviet doctrine of government denied the great need for the president’s office. The office of president of the Soviet Union was introduced in 1990 during the failed reforms of Mikhail Gorbachev. of a one-party communist state of the Soviet Union. Gorbachev became the first and last president of the Union. His tenure was marked by a legal and political confrontation with Russia and other republics of the USSR, which eventually led to his complete independence in late 1991. 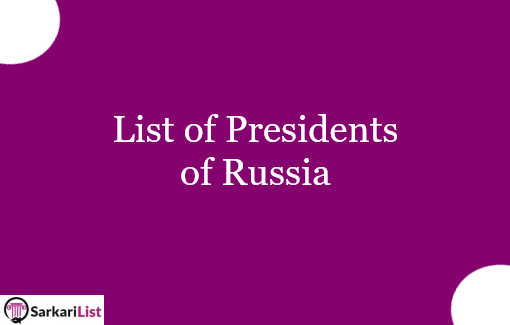