List of World Currencies 2022 | Latest Currencies and Currency Codes – Currency is a type of money and a medium of exchange. Currency includes paper, cotton, or polymer banknotes and metal coins. States generally have a monopoly on issuing currency, although some states share currencies with other states. For the purposes of this list, only legitimate currencies, including currencies used in actual commerce or issued for commemorative purposes, are considered “circulation currencies”. The UN member states, UN observer states, partially reconstituted or unrecognized states and their dependency have 180 currencies recognized as legal tender. here we are sharing List of World Currencies 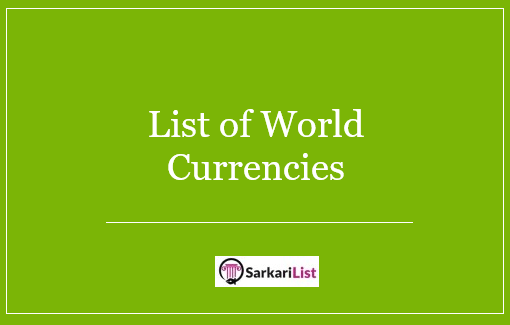