Jammu And Kashmir ST List 2022 | Pahari Community In ST List – The suggestion for inclusion came from the commission set up for socially and educationally backward classes in the Union Territory, headed by Justice (retd) G.D. Sharma did. 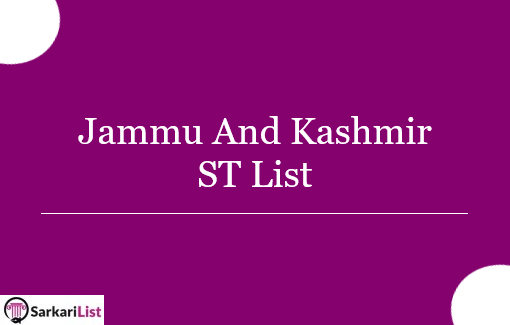 Who are the Scheduled Tribes?

How are STs notified?

Status of STs in India

This amendment replaced the National Commission for Scheduled Castes and Scheduled Tribes with two separate commissions which are: