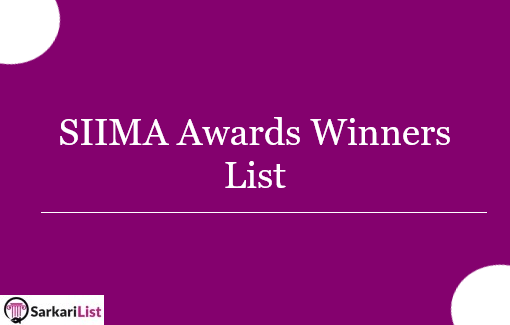 The much-awaited South Indian International Movie Awards (SIIMA) is back with its 10th edition, which is scheduled to take place in Bengaluru on 10th and 11th September 2022. Ahead of the ceremony, SIIMA president Vrinda Prasad Adusumili revealed the nominations for the films. Free. In 2021 in 4 languages – Malayalam, Tamil, Telugu and Kannada.

Allu Arjun’s Pushpa: The Rise, Karnan, Robert and Minnal Murali led the SIIMA nominations in major categories in their respective languages. Take a look at the major contenders for the SIIMA Awards 2022.