Oscars Best Actor Predictions List 2023, Jr NTR In List For Oscars – SS Rajamouli’s RRR starring Jr NTR, Ram Charan, Alia Bhatt and Ajay Devgn is one of the biggest hits of the year. It was a Telugu film but was dubbed and released in various languages including Hindi. While it did very well at the box office, the film started receiving a lot of appreciation from the West after it got an OTT premiere on Netflix. From Hollywood writers to directors after watching the film on OTT, many took to social media to praise the film.

A few weeks ago, the Jr NTR ad made it to Variety’s Oscar 2023 Best Actor prediction list. Recently, the list was updated and now, Ram Charan is also a part of the list. While Jr NTR is ranked 35th, Ram Charan is ranked 36th. 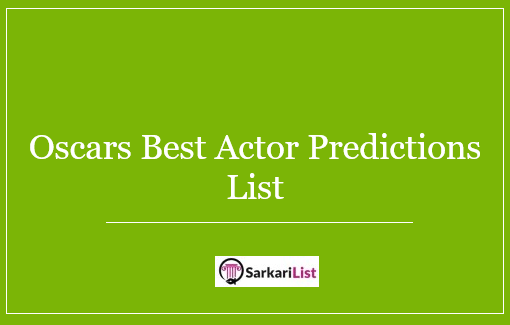