List of Prime Ministers of Sri Lanka 2022 | Latest Updated List – The Prime Minister of Ceylon served as head of government from gaining independence from February 4, 1948 to May 22, 1972, when the country was designated as the independent, sovereign and independent republic of Sri Lanka. Since then, the post was known as the Prime Minister of Sri Lanka. The introduction of new constitutional changes on February 4, 1978, saw the introduction of the position of executive chairman, resulting in the reduction of the powers of the prime minister. The president became head of state and chief executive, and the prime minister became the weak head of government. 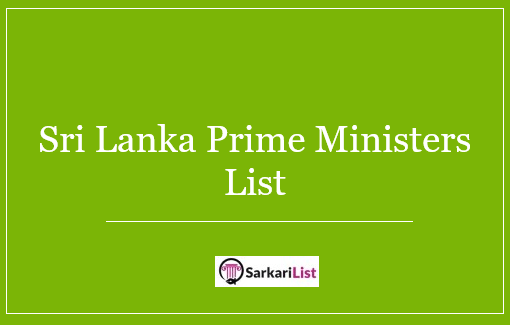