List of Presidents of India 2022 | Who Was First President Of India ? – The President of India is the first citizen of the country who is also known as the Head of State. Article 52 of the Indian Constitution states that there shall be a President of India. There are special provisions under Articles 52 to 62, which state how a president is elected, his powers and actions, and also his impeachment process. There is a Council of Ministers headed by the Prime Minister of India to advise on important matters. Dr. Rajendra Prasad was the first President of India to serve for two consecutive terms from 1952 to May 13, 1962, while Shri Ram Nath Kovind is the current President of the country, who held the post for a period of 5 on July 25, 2017. years. India will elect its next President in the month of July this year. 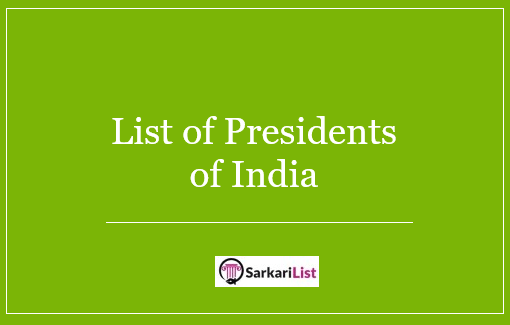 List of Presidents of India 2022 | Who Was First President Of India ?