List of Fake Universities In India 2023 | UGC Fake University List – The University Grants Commission (UGC) has blacklisted 25 institutions and tagged them as ‘fake universities’. Sarkarilist brings to you the list of ‘fake universities in India’ as per the UGC list announced in September 2016. Despite the UGC banning it, many institutions use the term ‘university’, unless an institution fits the prescribed criteria. The UGC defines a university as established by a Central/State/Provincial Act or ‘Deemed to be University Institute’ under Section 3 or an institution specifically empowered by an Act of Parliament to award a UGC specified degree under Section 22(3). ) of the Act. 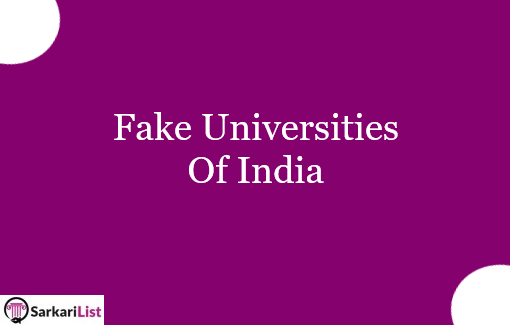