FIFA Football Awards Winner List 2022 | Best FIFA Football Awards – The FIFA Best Player Award is an annual award presented by football’s governing body and has been in existence since 2016. The honour was previously known as fifa world player of the year and was merged with ballon d’or. Since 2016, however, the two are completely separate entities.

The second category in these awards is the best FIFA football coach. Former Leicester City boss Claudio Ranieri was the recipient for the first time in 2016, while current Chelsea manager Thomas Tushel won the prize for 2021. 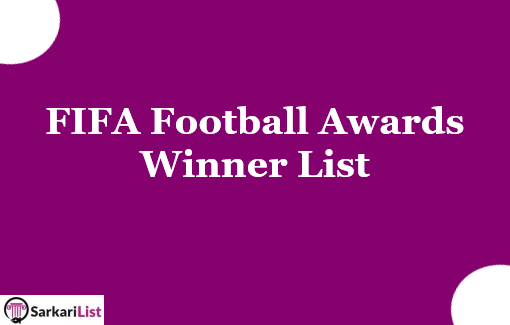