Bihar Ministers List 2022 – Bihar Cabinet Ministers List 2022 Pdf – After Nitish Kumar and Tejashwi Yadav joined hands to form a new government in Bihar, all eyes are now on the cabinet expansion to be held on Tuesday, August 16 at 11:30 am. The Janata Dal (United) on August 9 unanimously decided to sever ties with the BJP and Nitish Kumar’s party joined hands with the Rashtriya Janata Dal (RJD) in a surprise change of guard.

Nitish Kumar, who was sworn in as Bihar chief minister for a record eighth time in a no-frills ceremony at Raj Bhavan on August 10, is likely to retain the all-important home ministry, while the RJD is likely to get most of the portfolios. First with the BJP.

The RJD, which has the highest number of MLAs in the Bihar Assembly, is likely to have 16 ministers and the JD(U) 11. Jitan Ram Manjhi Hindustani Awam Morcha (HAM) is likely to get one ministerial berth and Congress, which is part of the Grand Alliance, is likely to get two cabinet berths. 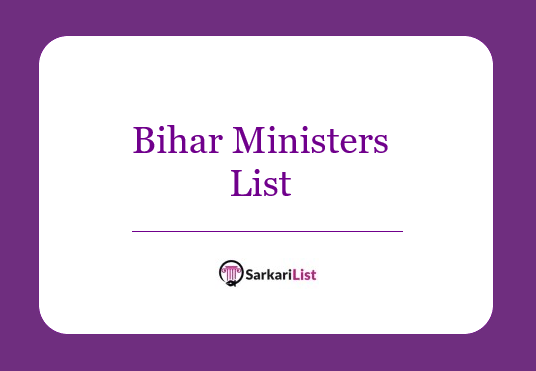